Seventeen years ago today, I was fortunate enough to survive the worst terrorist attack in US History, when terrorists hijacked commercial airlines and turned them into weapons. The world has never been the same. In case you did not already now, I had a very close call that fateful Tuesday morning in New York.

Though the world has arguably gotten worse in this regard (acts of terrorism are commonplace now in Europe), my life has steadily improved. Each year the anniversary gets easier and more difficult.

Over the years, I’ve had people tell me that “it was just one day” and “I should get over it.” I have exorcised many of these people from my life. Additionally, I would like to point out, while the actual day of September 11, 2001 was horrific, the year following it was far worse.

In any case, given the recent drama over a certain sneaker ad, I encourage you to think about your life and your purpose on larger, more meaningful terms. 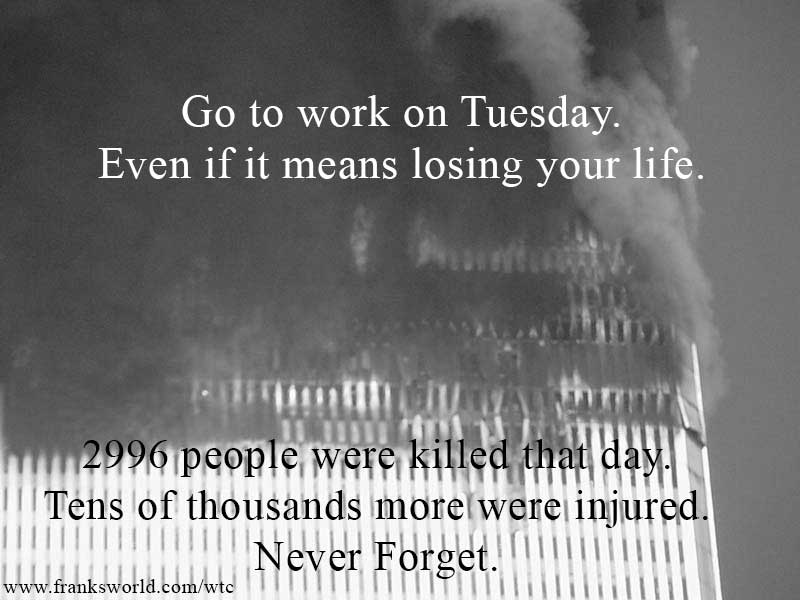